Does every encounter with a service provider have to be a hassle?

Maybe it has something to do with the depressive atmosphere of January. END_OF_DOCUMENT_TOKEN_TO_BE_REPLACED

More of the warming glow of enlivened clichés (with the original in italics):

Last September and October I wrote a series of six posts concerning ‘The Art of Collecting’.  Part of the underlying philosophy of expectation, including more basic categories such as coins and stamps, is predicated on there being an available marketplace should one decide to be a seller rather than being more static. END_OF_DOCUMENT_TOKEN_TO_BE_REPLACED

“All my stories, unconnected as they may be, are based on the fundamental lore or legend that this world was inhabited at one time by another race who, in practicing black magic, lost their foothold and were expelled, yet live on outside ever ready to take possession of this earth again.”

inspiration for many writers & contributors, including Rod Serling & Stephen King

Last Friday on CBC television’s investigative show Marketplace, the main story concerned the marketing of my favourite morning beverage, orange juice.  The thrust was twofold: how do popular brands compare to freshly squeezed in taste, and what is done to preserve o.j. sold in cartons and plastic bottles (and to what extent are consumers aware). END_OF_DOCUMENT_TOKEN_TO_BE_REPLACED

Enjoy the warming glow of more enlivened clichés (with the original in italics):

Here are a couple of pictures taken today from the frozen Rideau canal, towards the south end of Ottawa, part of the world’s largest outdoor skating rink, under almost ideal weather conditions (except for the lack of sun). 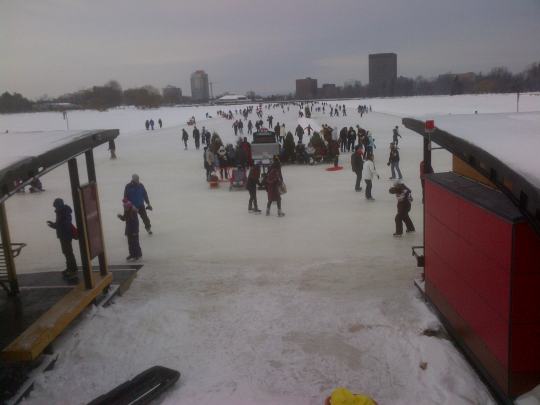 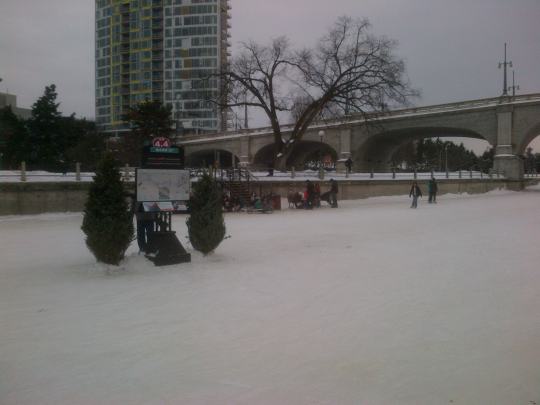 the watch of time
Blog at WordPress.com.